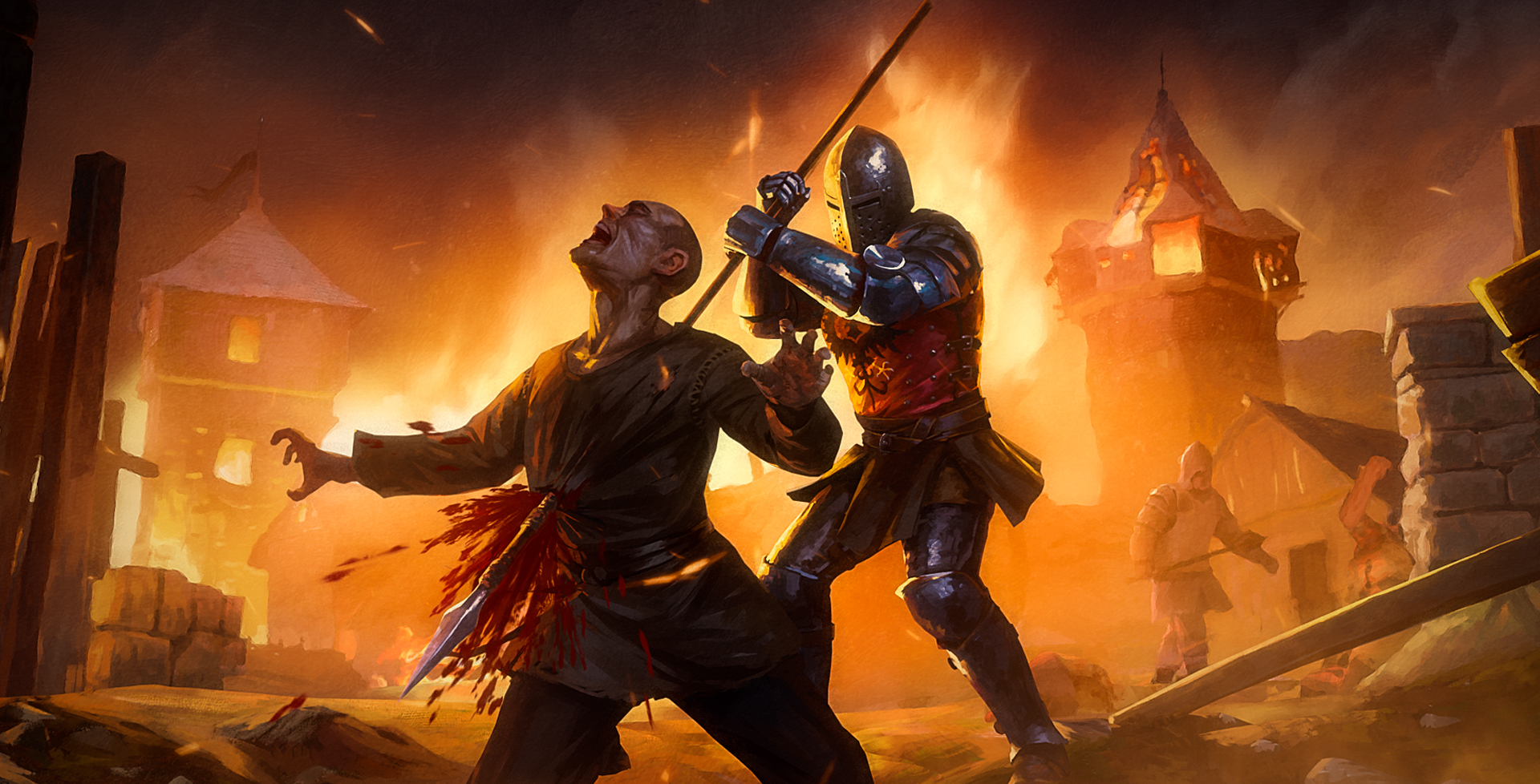 Prepare to return to the ultimate medieval battlefield – and experience the thrilling continuation of the narrative of the original Chivalry: Medieval Warfare.

Torn Banner Studios are excited to reveal the official Lore Trailer for Chivalry 2.

The trailer picks up 20 years after the events of Chivalry: Medieval Warfare, which saw Malric and the Mason Order fighting to conquer the lands held by the Agatha Knights. King Malric has ruled since with an iron fist… but rumors arise of a new leader who seeks to reclaim the throne.

Embark on this epic new war when Chivalry 2 launches in 2021.

Can’t wait for Alpha? Play Chivalry 2 early at PAX East 2020 in Boston, USA – February 27 to March 1. Find our 36-player setup at the Tripwire Interactive booth #18011 at the Boston Convention Center.

For more information on Chivalry 2 as it becomes available, please visit https://www.chivalry2.com

Chivalry 2 is the followup to the multimillion-selling classic Chivalry: Medieval Warfare, the medieval multiplayer FPS originally released in 2012. The sequel is currently in development for Windows PC.

Good morrow, knights! We’re currently on a hiatus from posting Chivalry 2 shares until 2020 but we wanted to recap […]

Good morrow, knights! In a concerted effort to include our community in the development process of Chivalry 2, we will […]