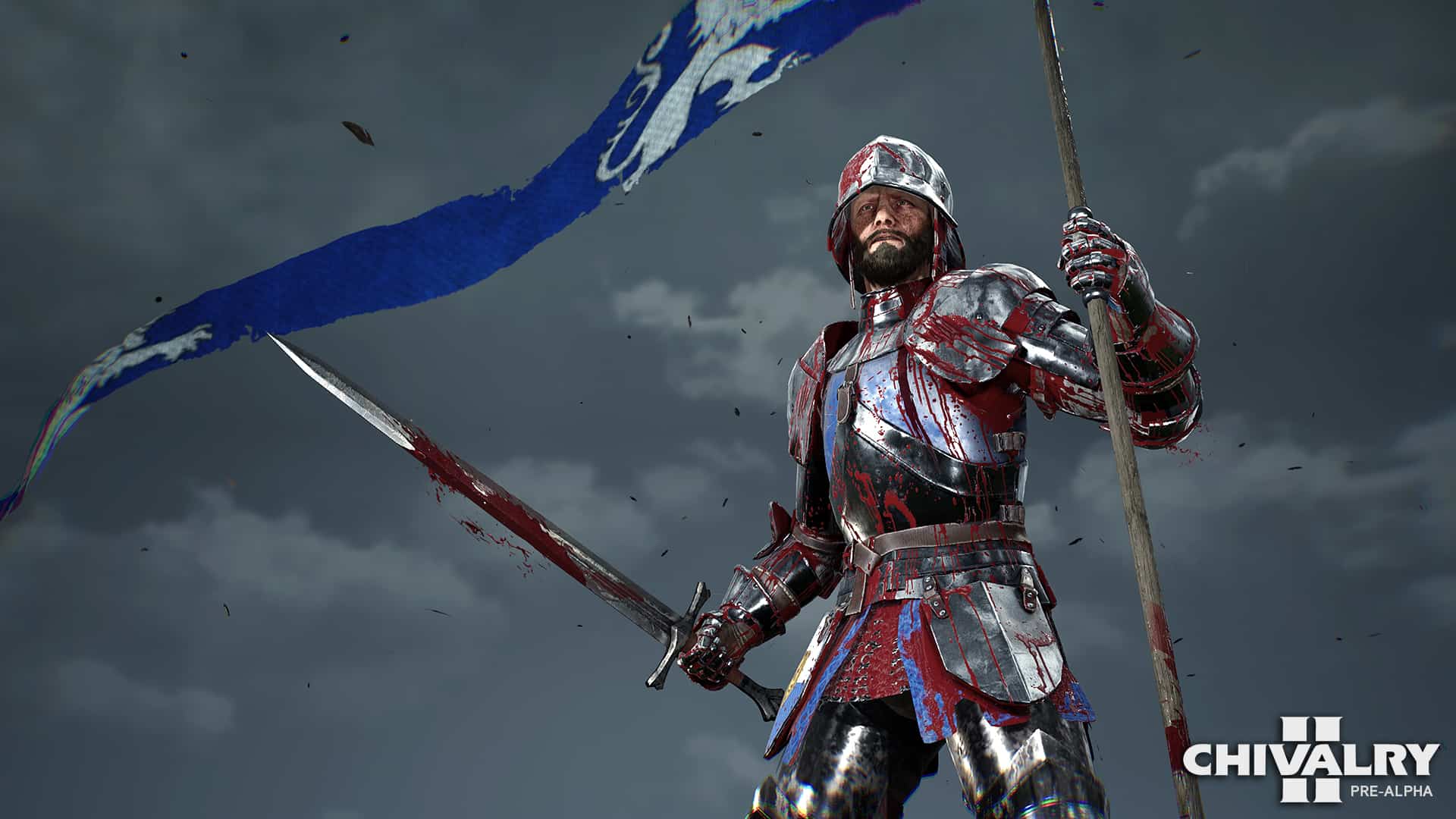 Good morrow, knights! In a concerted effort to include our community in the development process of Chivalry 2, we will be releasing a blog series called Code of Chivalry exploring the creative vision of our upcoming game. We are excited to share details with you over the coming months, and we hope you enjoy a peek behind the development curtain.

Today, we’re sharing a prequel to this series, an Edition 0 if you will, reflecting on our past before diving into our plans for the future.

Released in 2012, Chivalry: Medieval Warfare’s immediate success blew us away and continued on to exceed our team’s wildest dreams. Almost overnight we went from being a bunch of amateur dreamers, who had pieced the game together while working remotely from all over the world, to the overseers of a hit game played by millions.

When it first launched, Chivalry captured a certain kind of gritty, visceral, in-your-face intensity and hilarity that hadn’t yet been tapped into in gaming. Whether you were jumping into the sun-soaked Moor for a quick FFA, or waging an epic siege in the atmosphere-heavy Battlegrounds map, we have heard from many of our players that Chivalry 1 felt like a “moment” in gaming, not just for the melee genre.

We’re looking to provide the next “moment” with Chivalry 2 by reconnecting with our drive and passion to deliver the best medieval combat experience possible. But first, we wanted to recap how we as the developers view the success and downfalls of our first attempt at this ambitious project, several years removed from its launch.

Here are what we believe are some of the key factors that made Chivalry a success:

What Chivalry got right:

Upon its launch, Chivalry was well-received as a cult hit and its unique appeal launched our indie dream into the best selling title on Steam throughout the week of Christmas 2012. Sure, it was rough around the edges in everything it did, but it captured a certain special combination that somehow let it become greater than the sum of its parts. This is that combination as we see it:

Melee combat – Chivalry’s realtime strikes system brought a new level of control over melee combat that allowed for thousands of hours of mastery while promoting player creativity and precision. The combat system represented a unique blend of an FPS and a fighting game and was our approach to capturing the player fantasy of becoming the ultimate swordsman or your favourite medieval movie hero.

It was our goal to draw out the competitive spirit of a warrior in our players. In every life you were up against the odds and had to carve a path through waves of incoming opponents, each time just barely finding a way to survive.

This constant onslaught of challenge and pursuit of mastery was enhanced by the deep satisfaction of landing strikes with real weight that tore enemies limb from limb. This combined to put players into a battle for survival that was meant to engage both the ancient and modern mind, from the chest-beating primitive drive of dominance, to the intellectual joy of outwitting and besting your opponent. Whether you are a matador or a bull, we provided the arena.

This move away from capturing arbitrary points as commonly seen in other games brought a chance for meaning and gave a sense of progression and place to the world. Team Objective is repeatedly mentioned as part of the core of what made the first Chivalry great. It allowed us to make the landscape more than just a surface to battle upon and instead an immersive journey that captured the atmosphere and romance of the era.

Personality & humor – The scream button, hilarious voice-overs, and blood gurgling death rattles all served to bring the player into the experience and let them make it their own. Chivalry’s incomparable tone is no accident, but the result of our attempt to balance the intensity, violence and relentless challenge the game presents, with the offsetting release of Monty Python inspired humour. Whether our players choose to focus on the immersion of roleplaying and the intensity of battle, or just get drunk and lop off heads to release some steam, we made the game to be that ultimate medieval escape.

It also needs to be mentioned what an incredible addition all of the community-made content, maps, and mods contributed to the game. We loved seeing what our players came up with and feel extremely lucky to have had so many people spend their time and effort on helping us make Chivalry what it came to be.

All that said… over time the perception and experience of playing Chivalry soured for many and we feel it is important to be honest and upfront about our negative thoughts looking back as well.

After millions of player hours, years of time in the gaming world, and also just our growing dev experience, we are able to look back more soberly and see the wrinkles far more clearly.

Here’s where some of the major problem areas lie:

Failure to address key game issues – This one we hear about the most, and we simply agree it was our biggest mistake. As time and player experience progressed, the combat on Chivalry’s servers began a downward trend. Players began to discover novel ways of abusing and manipulating the Real-Time Strikes system (“Dragging”) which especially at higher skill levels resulted in animation issues that made the combat difficult to read and frustrating to fight against. These moves were effective enough to become part of the meta of the game and changed the experience, making it confusing and annoying for most players. We should have fixed it, and never did. This was due to a mixture of originally underestimating how much of an issue it was and failing to listen to the right voices in the community.

Polish/Bugs – Aside from the ballerina moves, the most common negative words we heard from the community was that the game felt Clunky and Janky. These are odd words, but we took Clunky to mean – “Feels unresponsive or sluggish without clear indication,” and Janky – “Looks bad or ‘broken’, feels cheap or unfair.” Looking back, this is certainly the case about Chivalry 1’s gameplay and is one of the clearest signs of age in the product now. Our lack of experience and inability at the time to deliver a truly polished game is one of the main things that held Chivalry back from a wider audience and better reception.

Onboarding/Clarity – While less mentioned within the hardcore community, we are very aware that confusion is a big part of why many new players didn’t come back. The game did not present its depth well.  Many players bounced off Chivalry early due to frustration from a sense of hopelessness or not knowing how to get better before they were able to appreciate the intricacies of high-level play.  While it could be fun and skillful once you got over the hump, its early game was oppressive and new players were punished in ways that felt unfair and were ultimately pushed away. Low-rank beginner servers were a bandaid solution that never addressed the underlying issues and made for a rude awakening at level 16.

Poor communication – We as a studio struggled to navigate our relationship with our community. We often failed to communicate the rationale behind design changes, went long stretches being silent and could have done a better job at fostering a closer relationship with our loyal base of players. This combined for some to deliver the impression that we did not care. While that was never true, we understand the sentiment. Ultimately our fear of making mistakes while interacting with the community and desire to just focus on making games led us to mishandle the relationship with our fans and earned a negative reputation for the studio in some circles.

Fostering a sense that we abandon our games – We released the DLC Chivalry: Deadliest Warrior in 2013 as an opportunity to explore a more light-hearted and fun extension of the player fantasies to several new iconic factions (ninjas, pirates, etc.). While cheesy and over-the-top, our team loved working on this project and its faster, more diverse gameplay was enjoyed by some, but ultimately it split the community and led us to have to make a difficult choice about which title to continue to support long-term. We made the decision to return to the base game as a result, and the DLC was left with a short lifespan.

Add to this our tone-deaf announcement of 2017’s Mirage: Arcane Warfare to a community that was desperately wanting us to focus our efforts on capturing the potential of Chivalry by addressing its core issues, and the sense of abandonment felt by some of our fans becomes clear.

We should also emphasize that despite not addressing some of the core issues as noted above, we did continue to fully support Chivalry for over 3 years. We added a substantial amount of free content and upwards of 40 significant patches, long after it was profitable for us to do so. However, we understand that players feel like the exploits and other issues mentioned here should have been addressed in a more complete way and that our failure to do so ultimately hurt the game.

Despite these flaws and mistakes, we look back on Chivalry today with a mixture of pride and determination to capture the potential we left on the table, as we continue our work on Chivalry 2.

In our next blog, we’ll dive right into the nitty-gritty of Chivalry 2 as we continue to reveal the Code of Chivalry.

In the near future, we also plan to reflect on our studio’s second title, Mirage: Arcane Warfare.

Obviously there are many more things that went well and not so well, but we wanted to touch on what we felt were the biggest items and ask our community: what did you love/hate about the first Chivalry? Please get in touch via our social media platforms below.

Written by Steve Piggott, with files from Jennifer Stuber.

To stay up to date with everything we’re saying, read our FAQ or visit the blog for more information about our upcoming game. 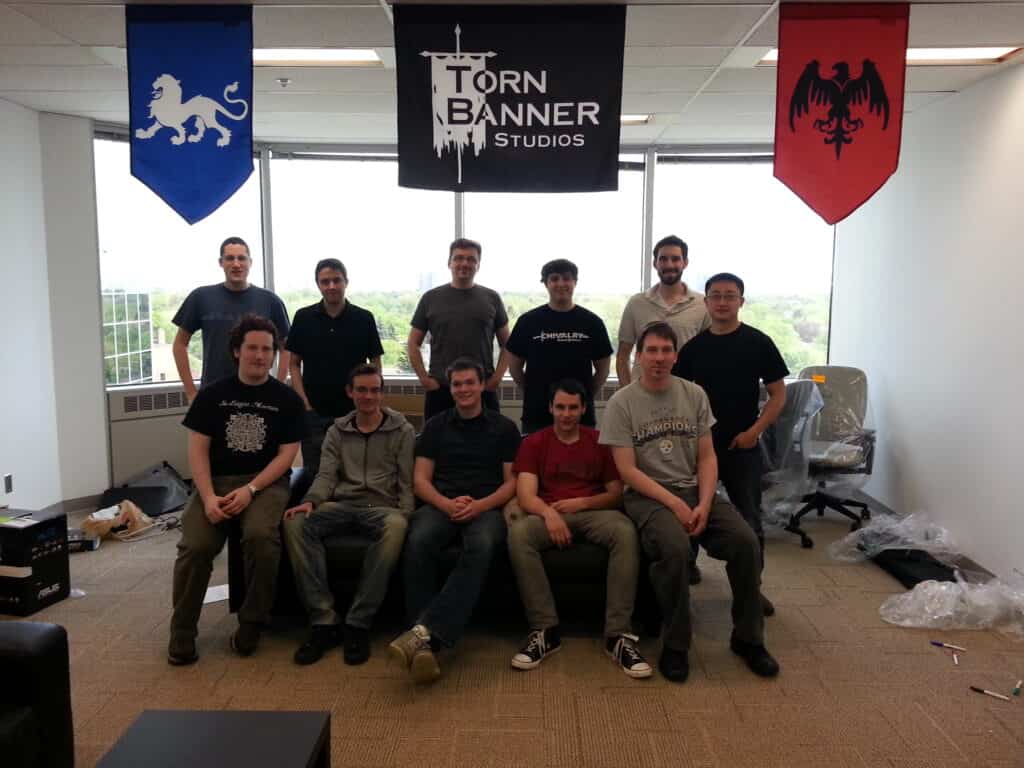 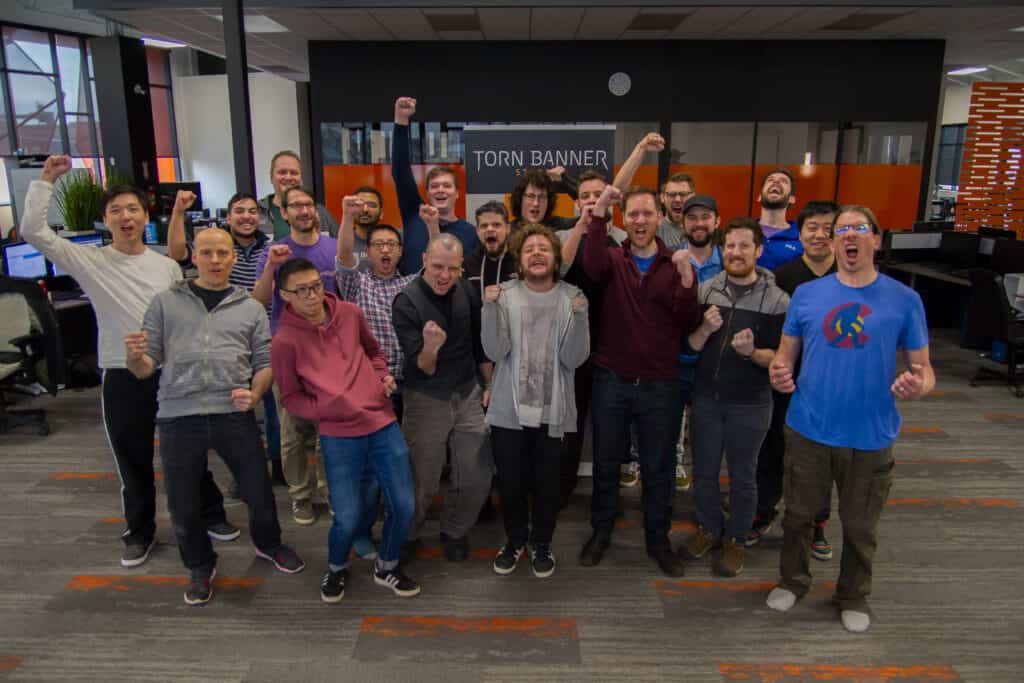 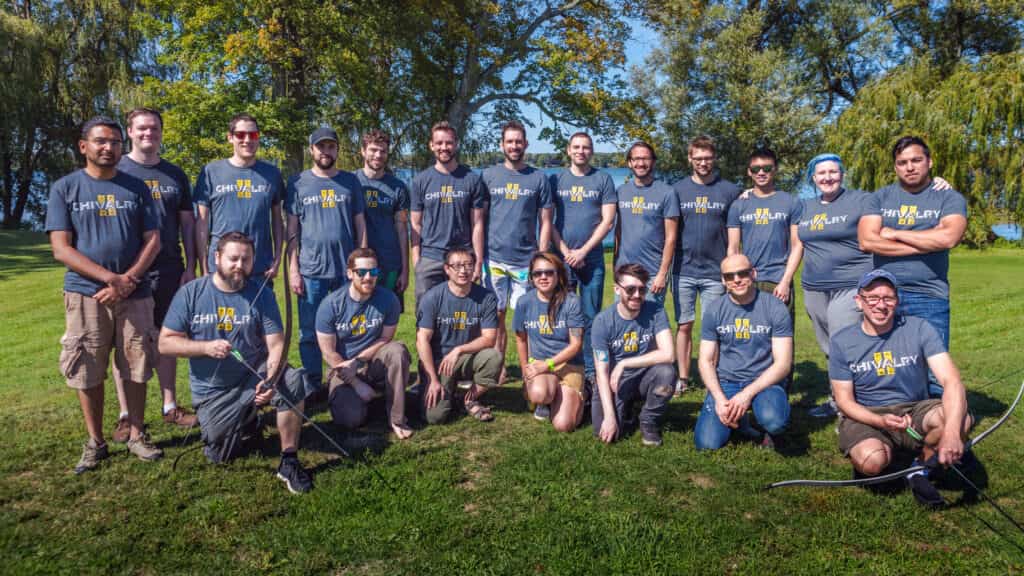 Good morrow, knights! Today we’re recapping all of the gifs, screenshots, voice lines, and more that we’ve shared across our […]

It has been an incredibly exciting and busy time for us here at Torn Banner Studios. On June 10th we […]