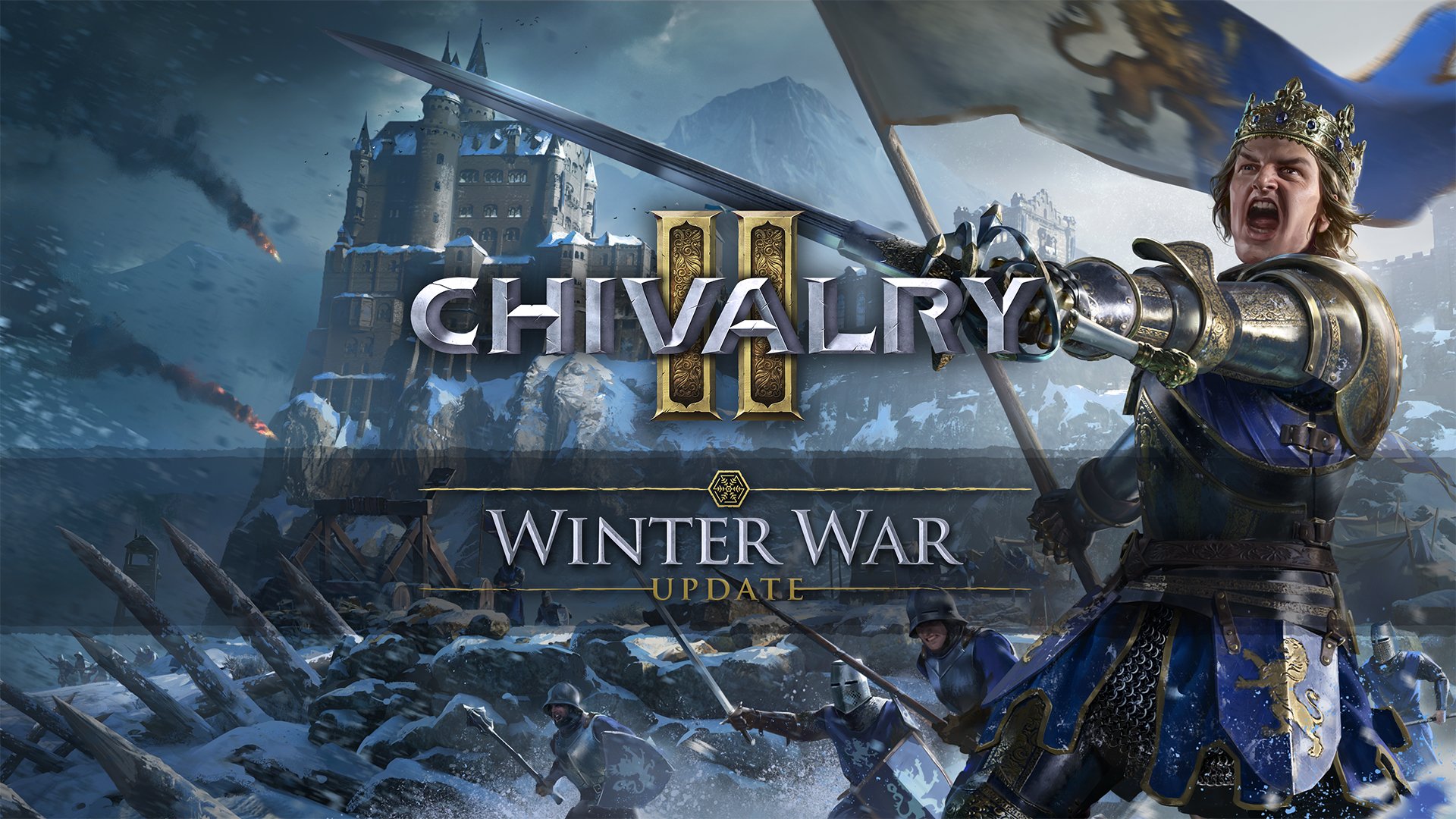 Can you feel a chill in the air? The Winter War has arrived in Chivalry 2’s latest content update. Visit Argon II’s final stronghold in our new Team Objective map – The Assault on Thayic Stronghold, complete the Winter War Campaign Pass, and slay your enemies with the new Quarterstaff weapon. 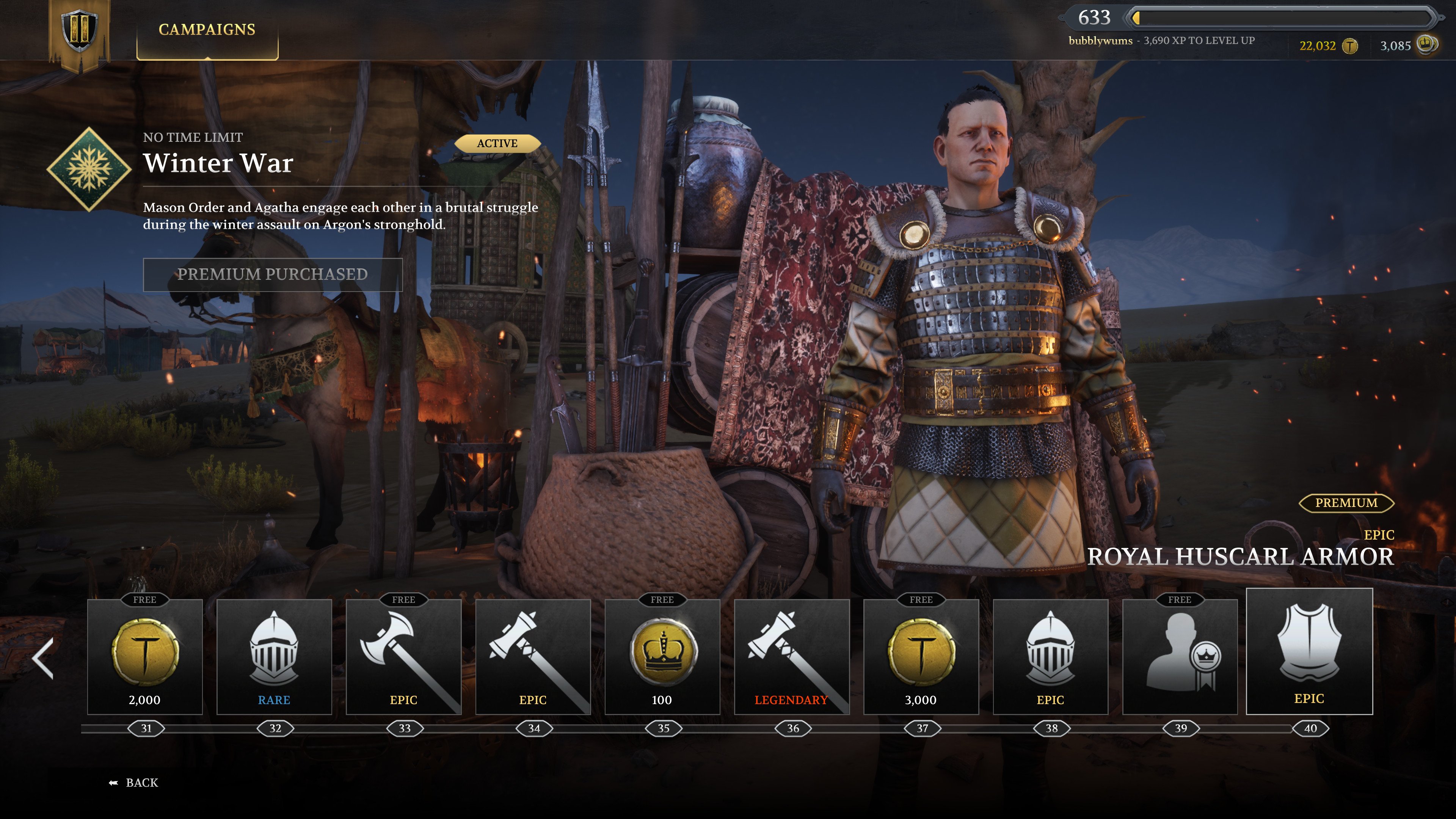 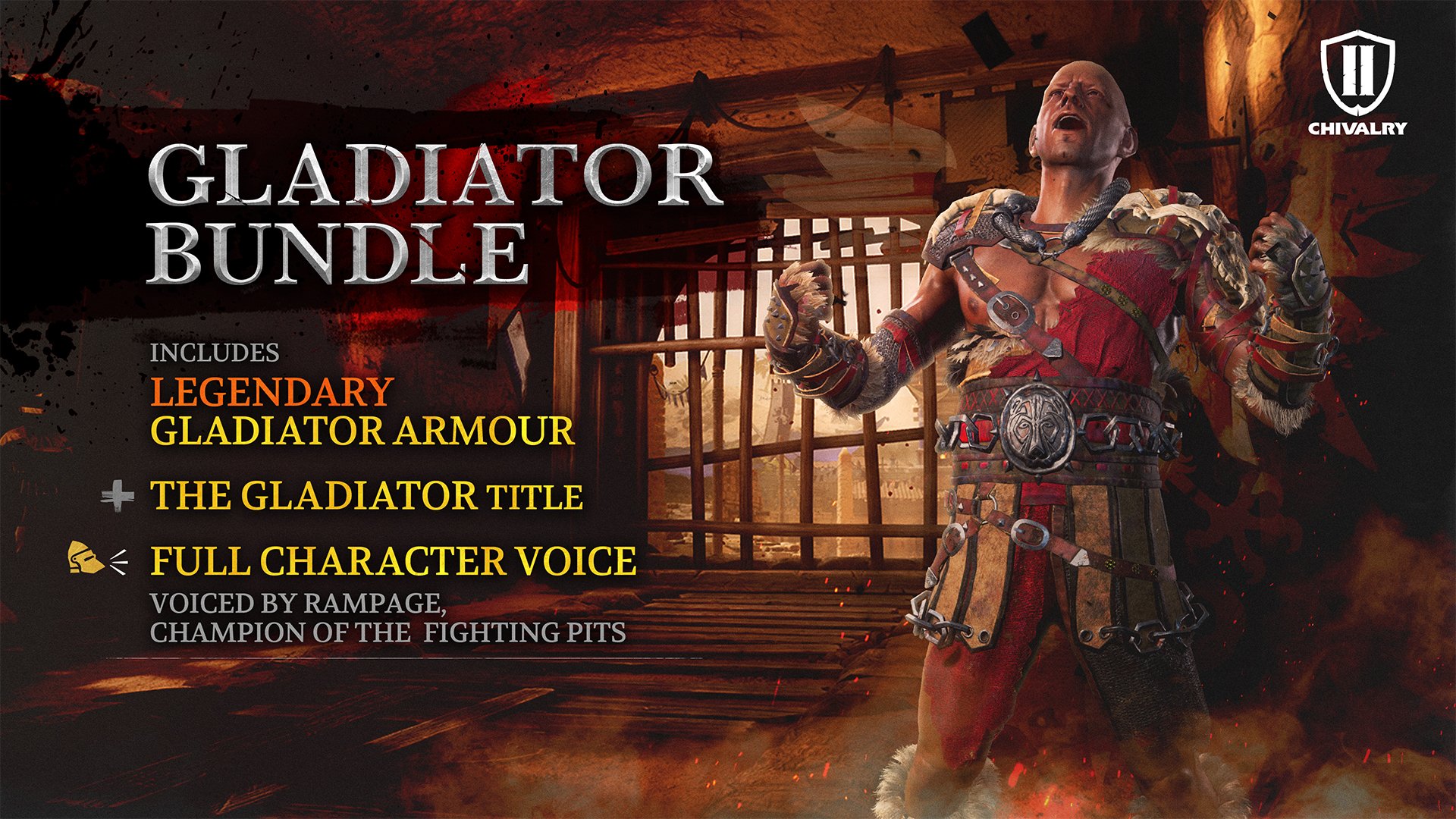 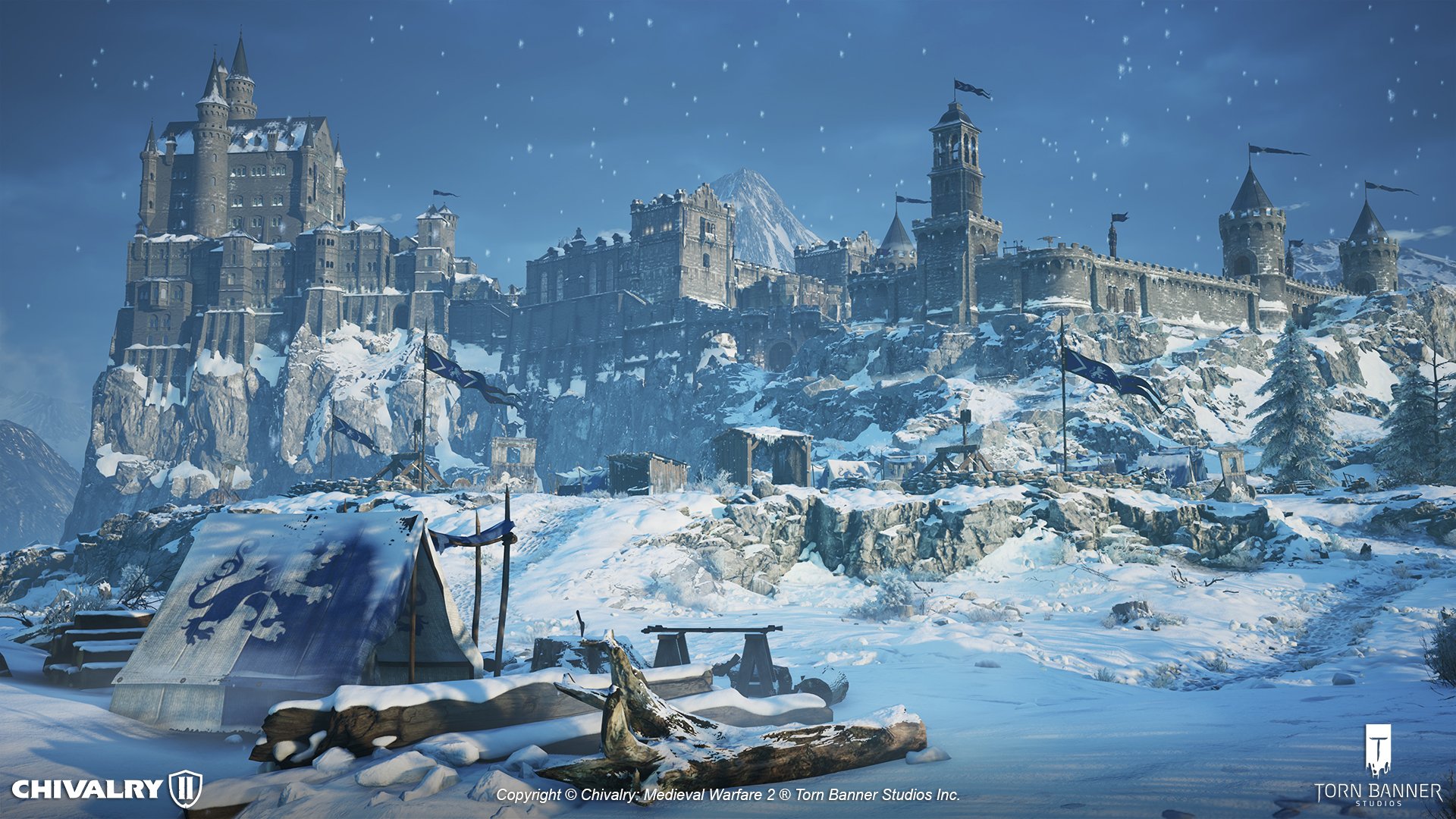 Mason forces land on the shores of the Agathian heartland and assault Argon II’s final stronghold. The new Stronghold map is playable in the limited time: Winter War queue.

The Masons have cornered the Agathians in their northern stronghold. In the wretched cold, the Mason Order action on the one command from the grizzled King himself: kill the self-proclaimed leader of Agatha and be rid of the rebellion once and for all. The Agathian Knights, however, have never been more unified than before. Under the banners of the Cross and Lion, the blue and gold shine as bright as King Argon the Second’s armour. Like the harsh wind of the land, Argon shouts, “Fight for Agatha!”

In this map, Masons are tasked to siege Thayic Stronghold and kill Argon. However, this will not be easy. The shoreline is heavily defended with artillery and the Masons must break through the walls, lowering the main fort’s drawbridge, and capture the courtyard right in front of Argon’s doorstep.

As the Mason Order, attackers must complete the following objectives:

As the Agathian Knights, defenders must stop the Masons from completing each of these objectives. However, should they reach the sixth objective, the top scoring player will become the VIP and lead the charge to turn the tide of battle.

Some objectives will feature horse spawns and horses can be found within the map itself. Players can play the map in both the Mounted Warfare queue, the limited timed Winter War queue and the 64 Player Mixed Modes queue. 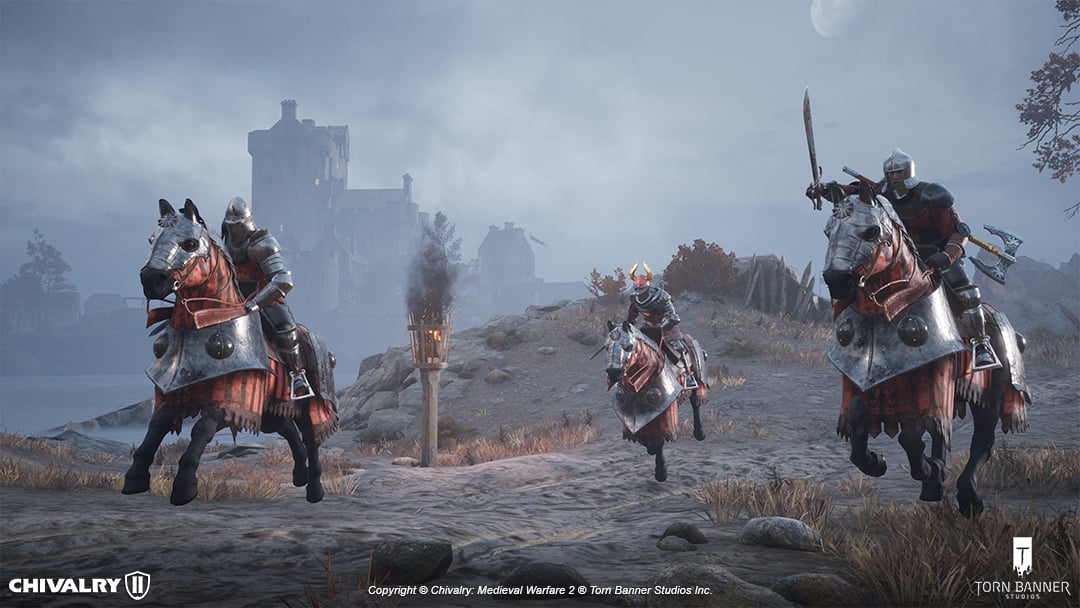 Falmire joins the Mounted Warfare queue and is now playable with horses in certain stages. 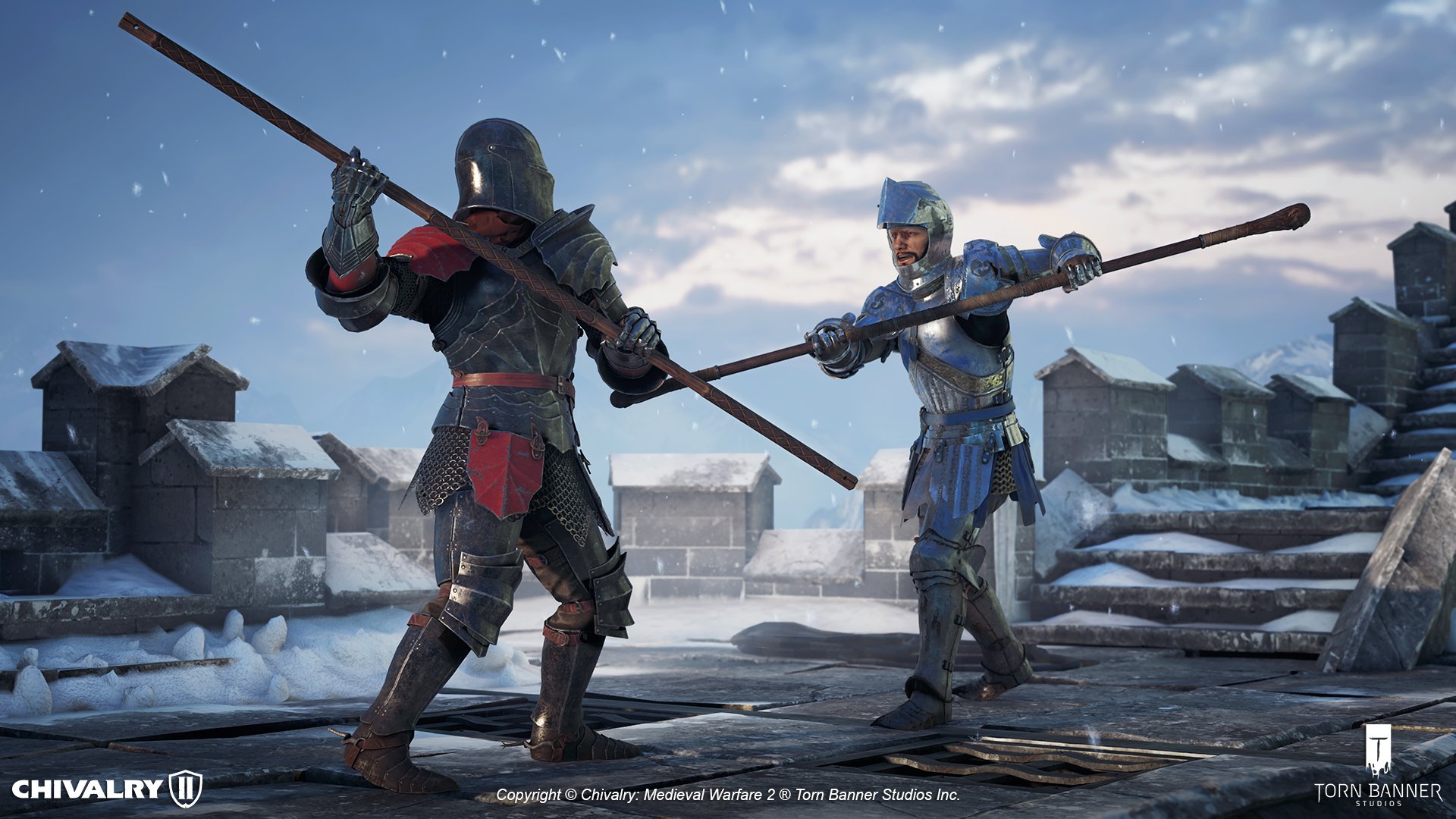 The quarterstaff is a two-handed heavy primary weapon that caters to players who value versatility. Used by the Crusader subclass of the Knight class, you can overwhelm opponents with speed up close, and then target switch with overhead attacks to pummel them at a distance. The quarterstaff is a strong defensive weapon with long range and reduced stamina cost on block and special attack, allowing for longer bouts against your foes. 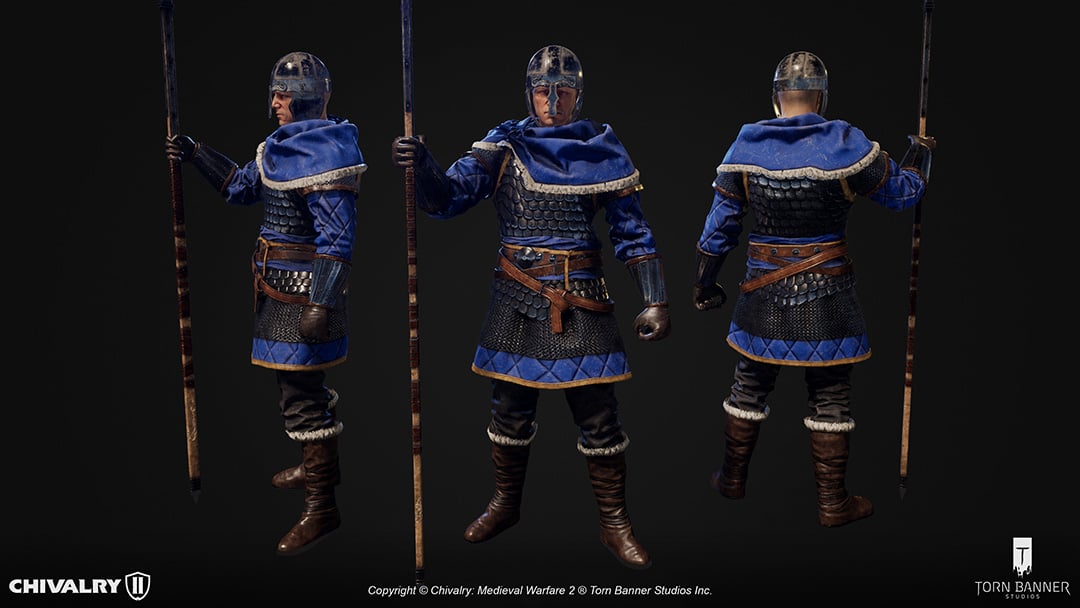 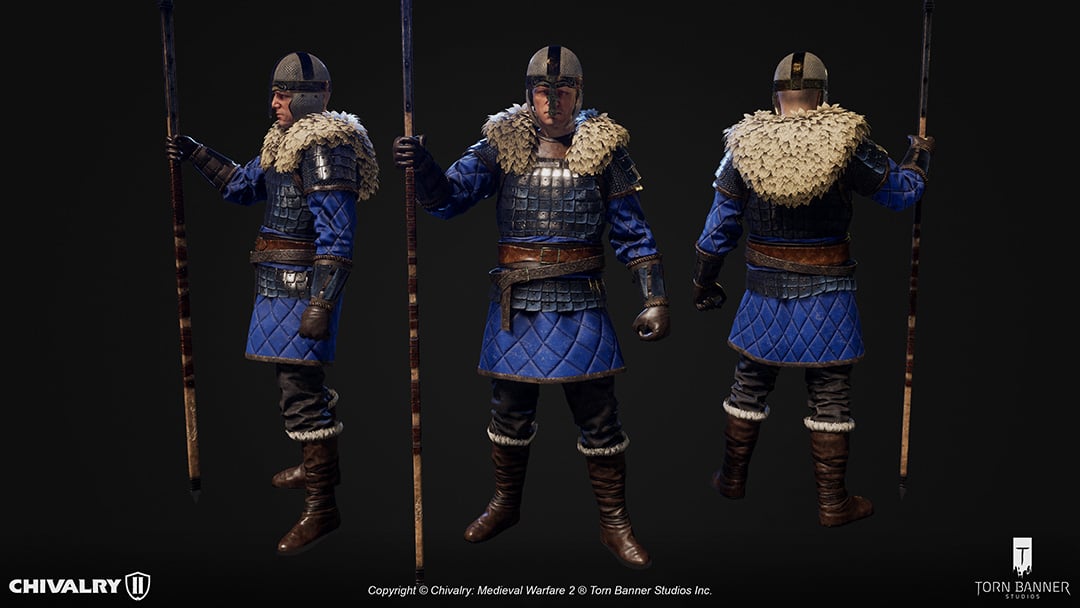 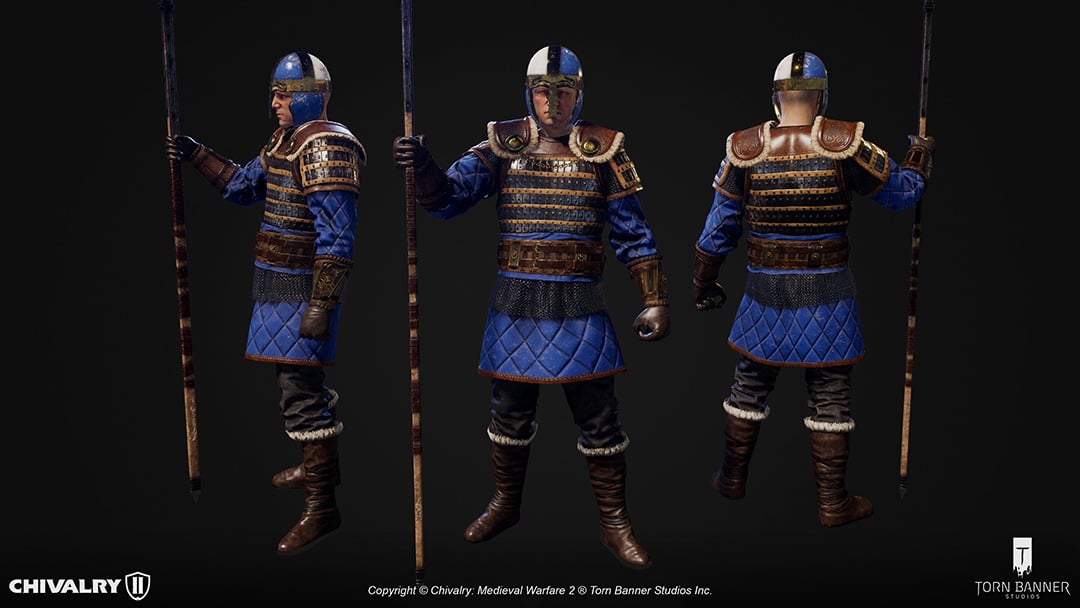 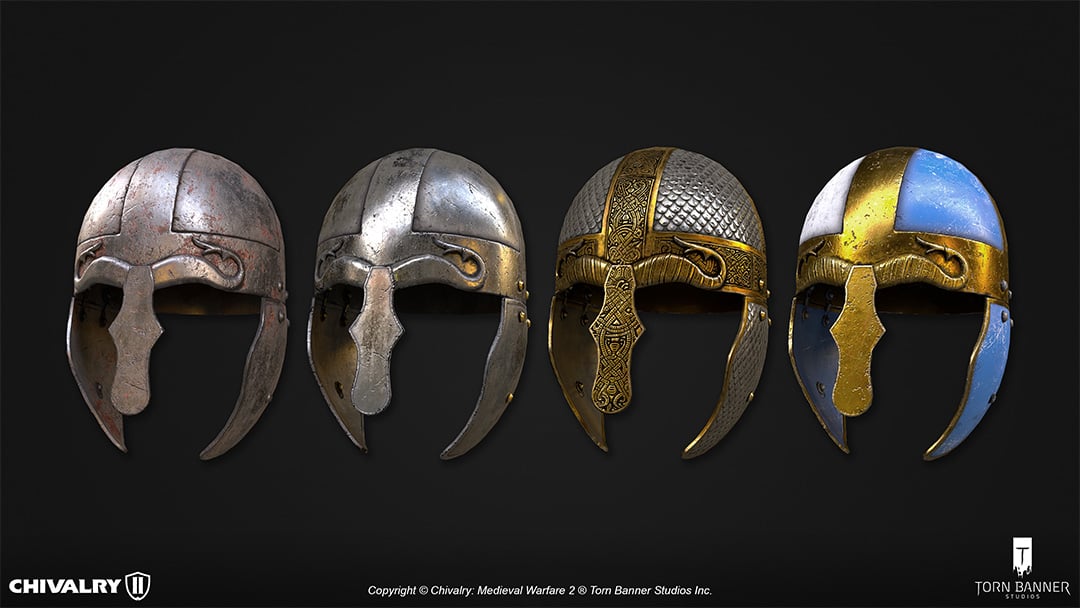 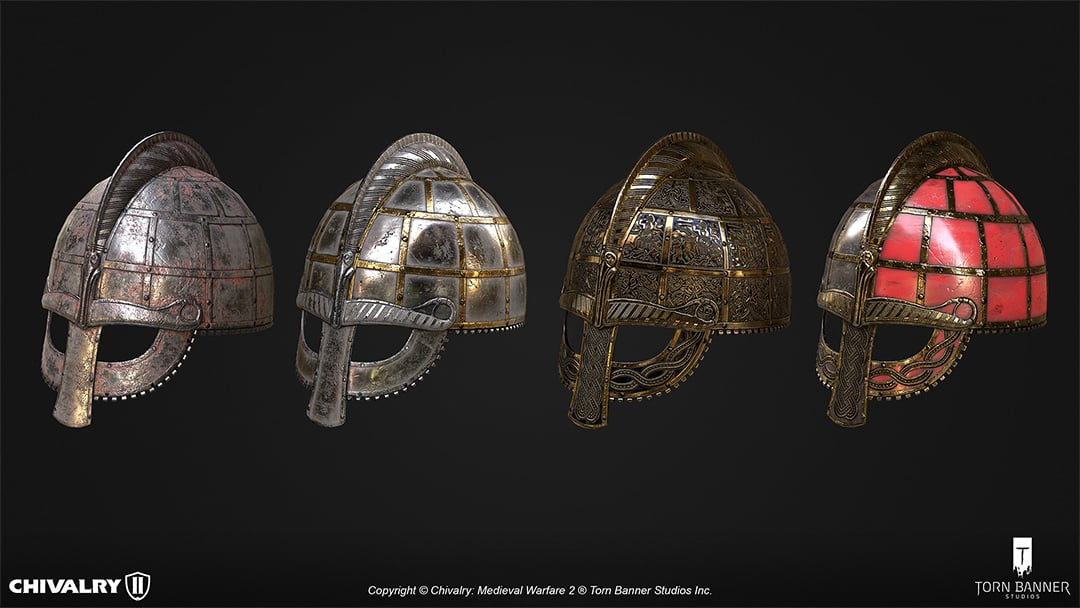 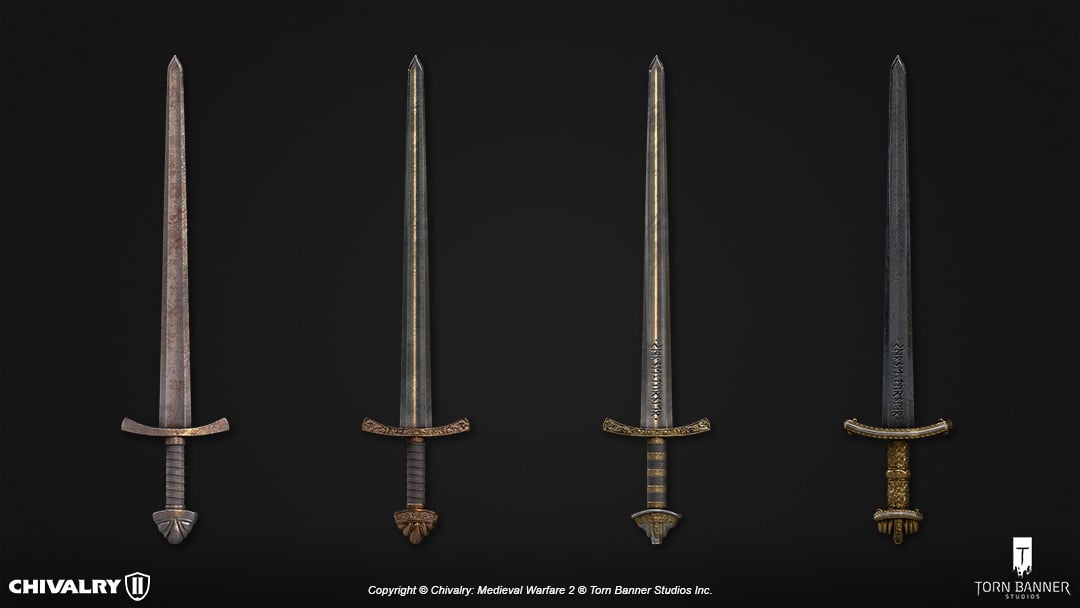 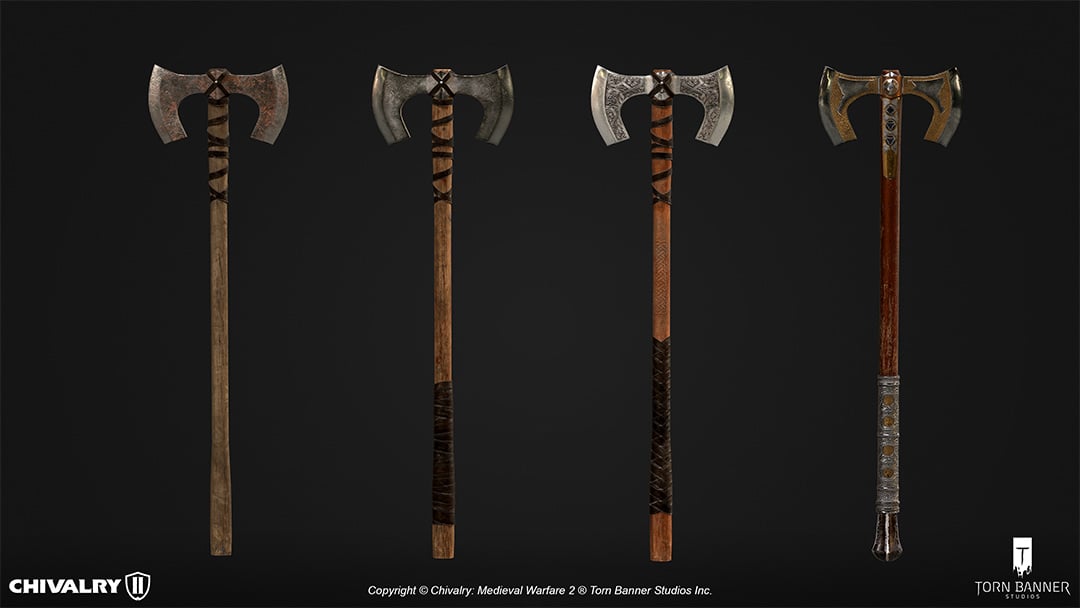 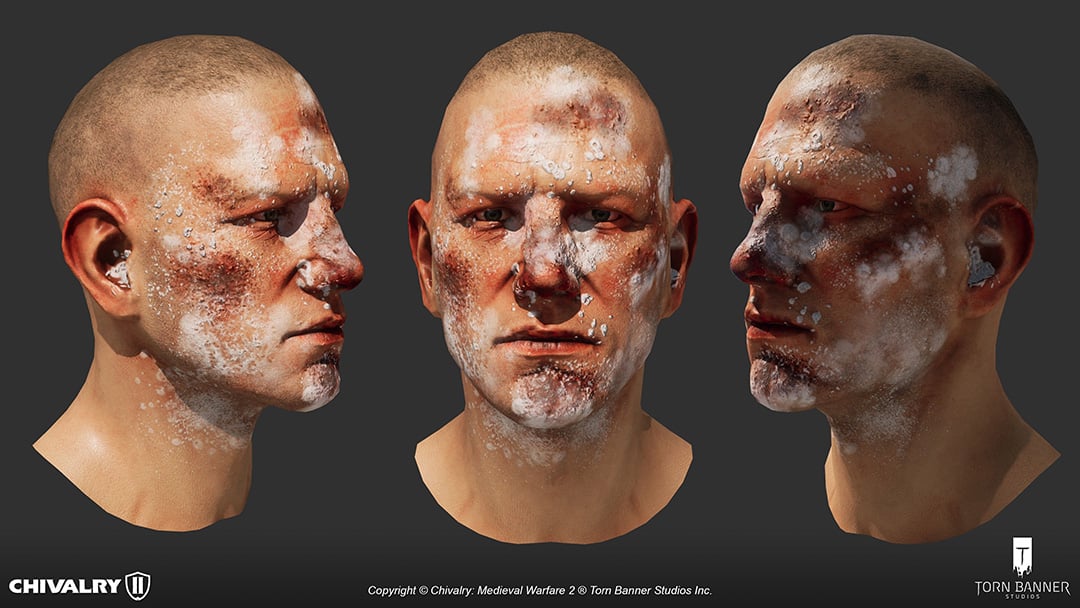 You can read our full list of patch notes here.

Campaign Pass is Coming to Chivalry 2!

Read more about Campaign Pass is Coming to Chivalry 2!