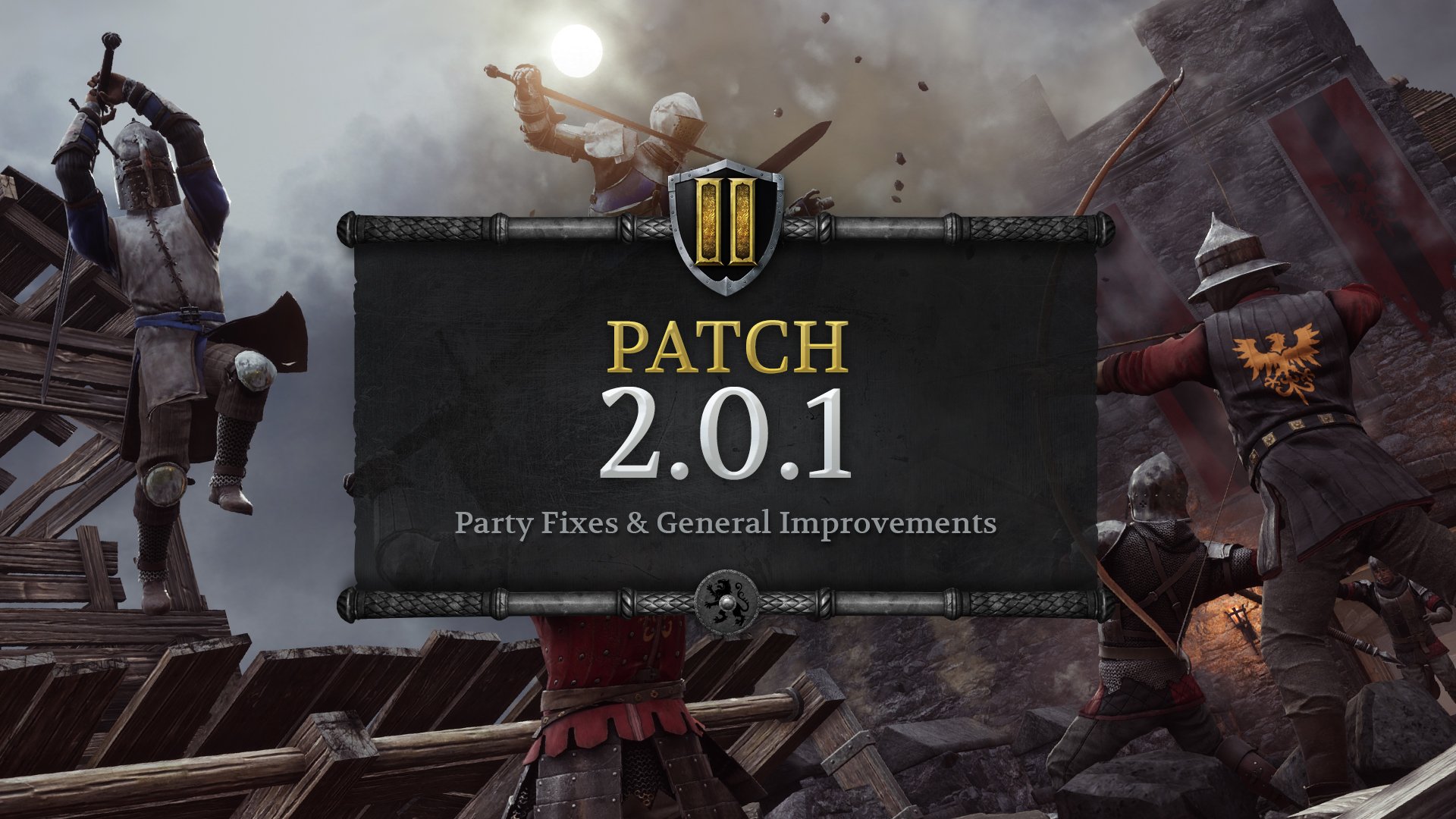 Raise arms Knights, as the first patch for Chivalry 2 is here! We’re happy to announce that our first update, Patch 2.0.1, is live.

Patch 2.0.1 addresses some of the most impactful issues affecting Chivalry 2 at launch. Here is the full list of patch notes, outlined below.

You may have taken notice that certain issues or features were not mentioned in these patch notes. This is due to the development teams continuing to resolve and refine these issues, to ensure they meet the level of quality that you come to expect. With that said, we’d like to provide a general status on some of these items, nonetheless.

Please keep in mind that these items do not constitute everything the team is working on and are always subject to change as the team may pivot as needed during development as priorities change or development ends up taking longer than expected at the onset.