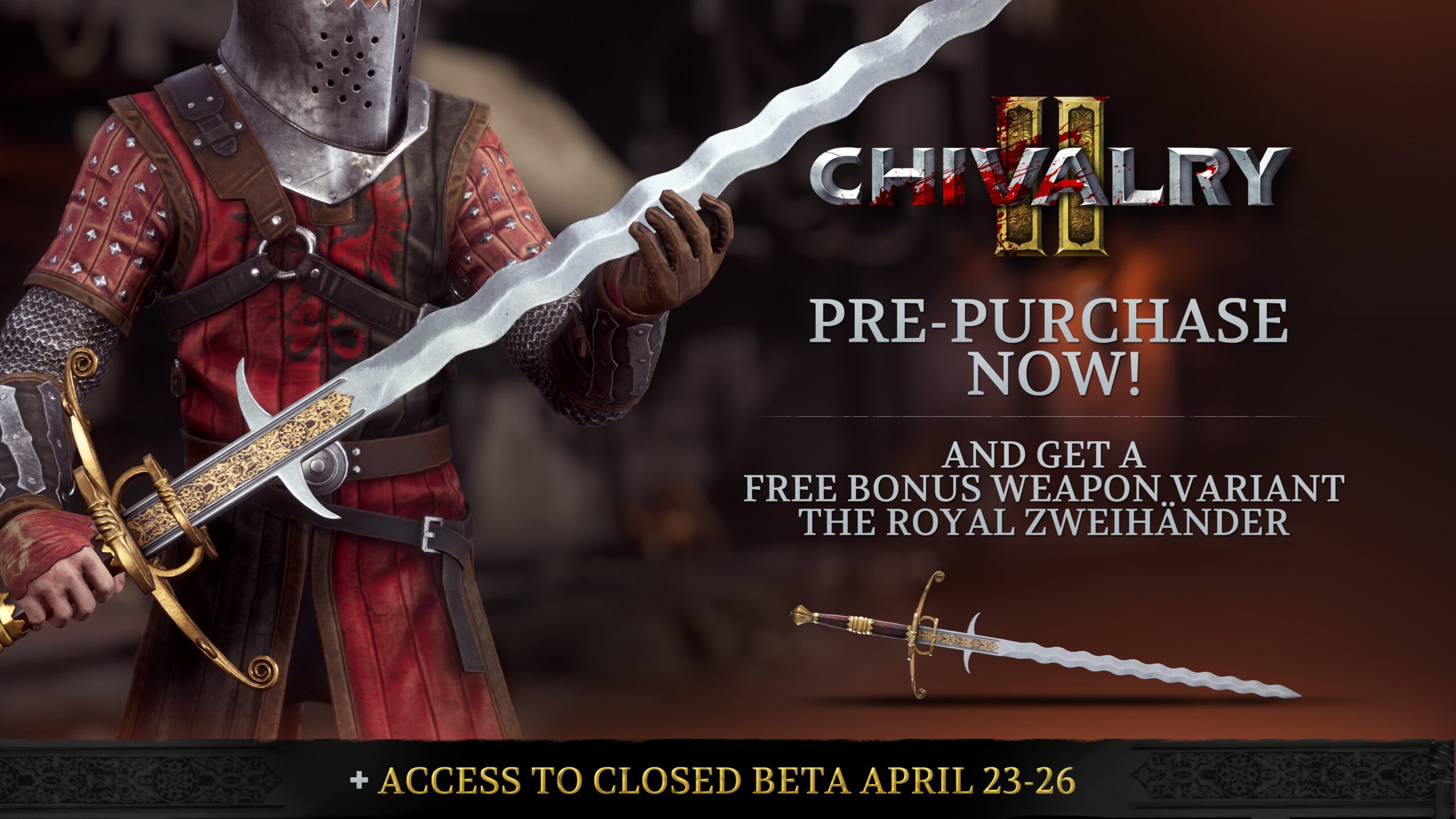 Chivalry 2 pre-orders are now available for all consoles and PC!

Chivalry 2 can now be pre-ordered for the following platforms, with cross-play enabled:

Visit our Buy Now page to see all available storefronts (both digital and physical): chivalry2.com/buy

Note: 4/1/2021 – the PlayStation 4 store pages for both editions appear on the console itself but do not yet show up on web store (which will be resolved soon)

All digital pre-orders for both console and PC include guaranteed access to the Chivalry 2 Cross-Play Closed Beta, scheduled to run from Friday, April 23 at 10:30am EDT through Monday, April 26 at 10:30pm EDT.

If you buy a PlayStation 4 or Xbox One disc, you will receive a free digital upgrade to PlayStation 5 or Xbox One S|X version respectively (using the disc to launch the upgraded version). Digital versions on all platforms also include the free nextgen upgrade.

Yes, both PlayStation 5 and Xbox Series X consoles will support the following features:

The Xbox Series S will have a base 60 FPS along with an uncapped framerate mode. Ray Tracing support will not be available for this console at launch.

Chivalry 2 performs in locked 30 FPS on the previous gen consoles. Ray Tracing support will not be available for these consoles.

Bonus! Check out this pair of new animated faction trailers:

Good evening to all the warriors out there waiting patiently for the full release of Chivalry 2! We recently wrapped […]

Join the Chivalry 2 Alpha Round 11 on Xbox One and Xbox Series X|S!

Feb 26 update: The technical issues with Xbox users being unable to login to the Chivalry 2 Alpha has been […]

Read more about Join the Chivalry 2 Alpha Round 11 on Xbox One and Xbox Series X|S!