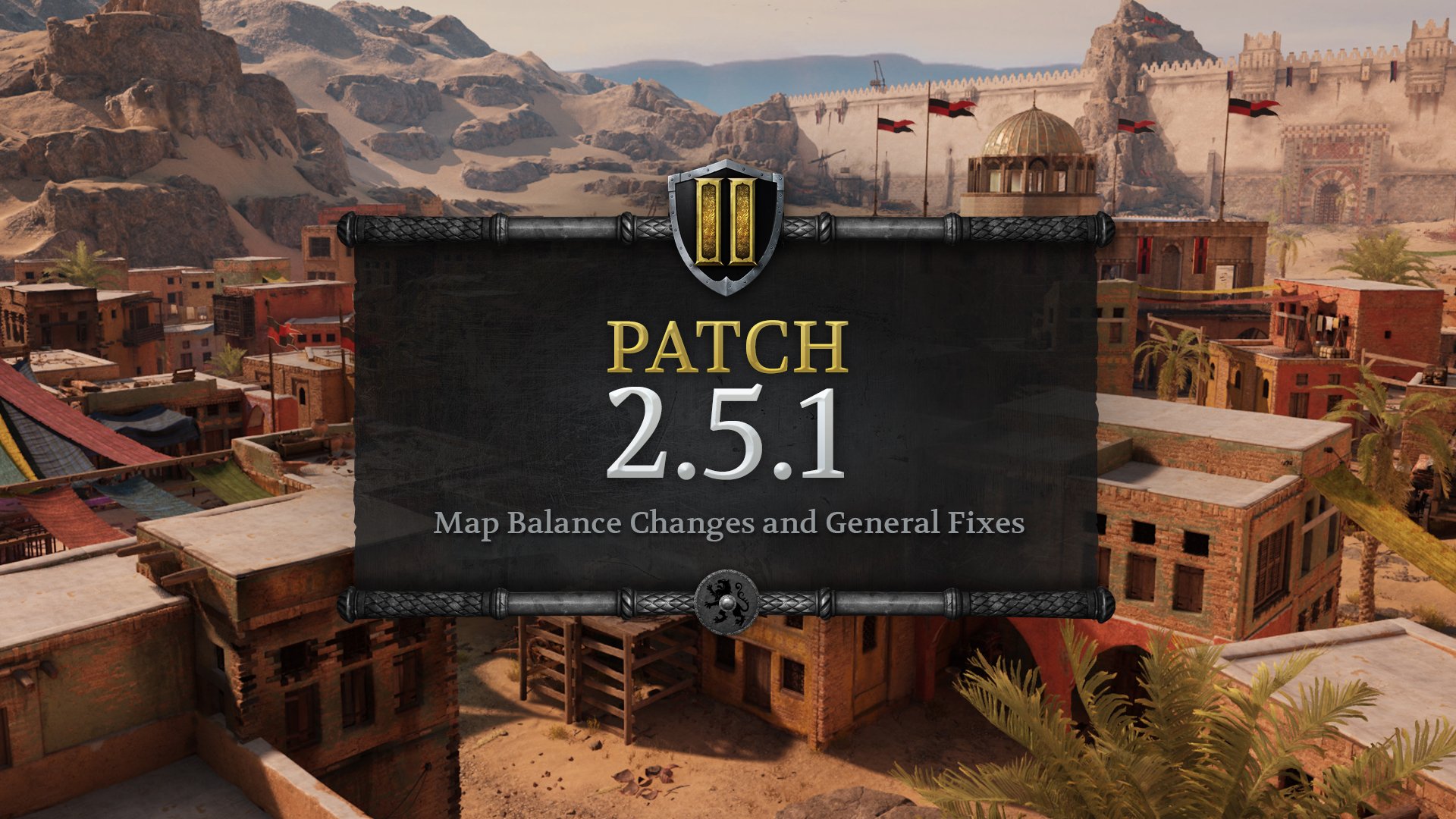 Good morrow, knights! Today we are bringing you the first post-launch update, which is live now and available for you to download.

In addition to these patch notes we’re also tracking other issues/bugs that have cropped up post-launch, but here is what is being addressed in 2.5.1.

After the Tenosian Invasion launch on all platforms we were able to make some observations about how our new Team Objective maps were playing out with the community at large.

For both maps we’ve made the beginning half of the maps easier for attackers to progress through, where previously defenders were holding the line too often. We anticipate that this will improve the overall balance of the map and improve the playing experience for both attackers and defenders.