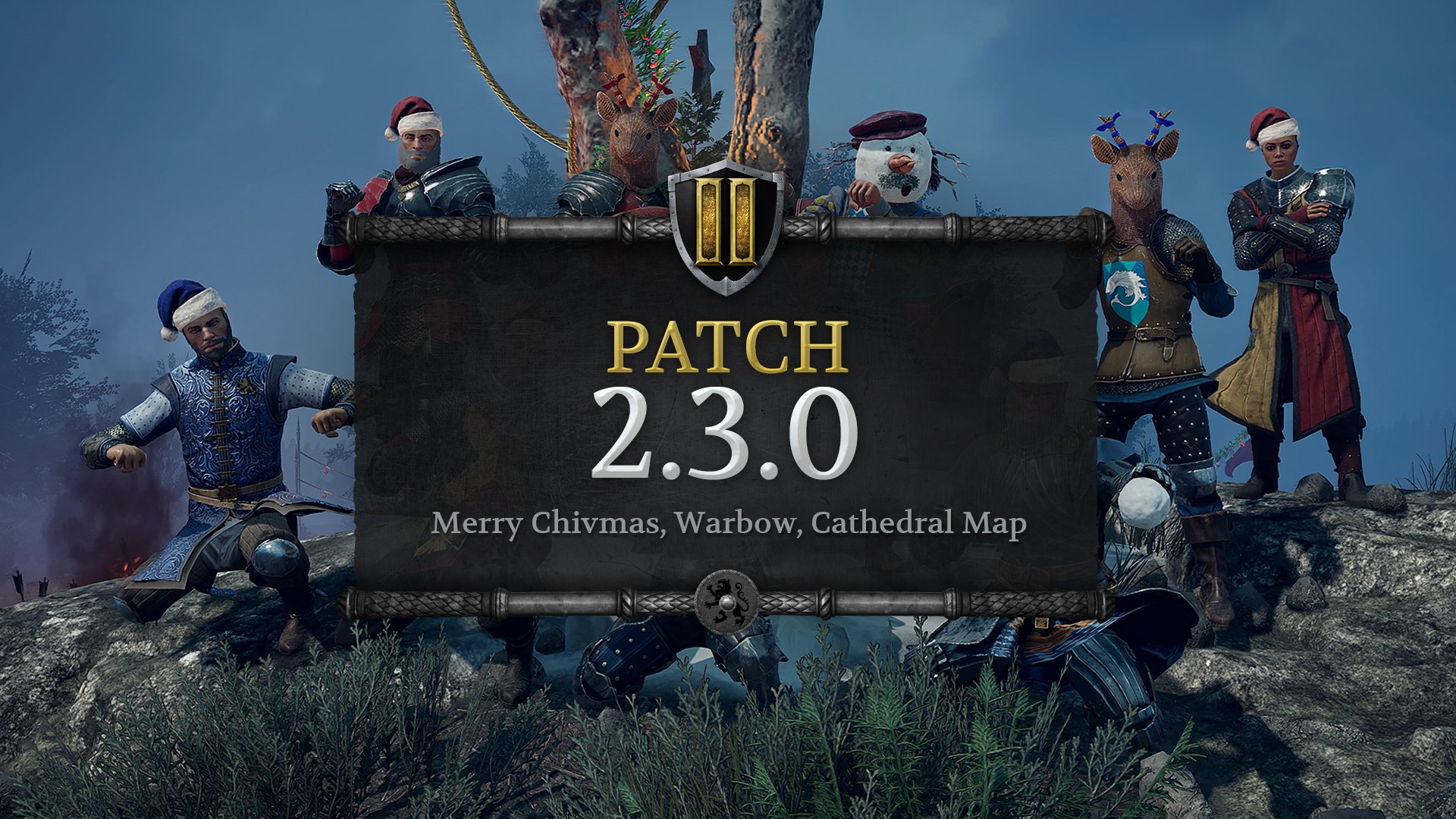 This update introduces a limited time Chivmas event, a new Brawl mode map (Cathedral), the new Warbow weapon, along with a general focus on gameplay and combat improvements that have been our top priority since the previous hotfixes (2.2.1 and 2.2.3).

We recently rolled out Chivalry 2 Patch 2.2.3, which focused on overall combat stability, animation fixes, and included a major […]

Patch 2.2.3 focuses on resolving critical player teleporting/warping issues and animation issues where animations were not playing as intended. These […]