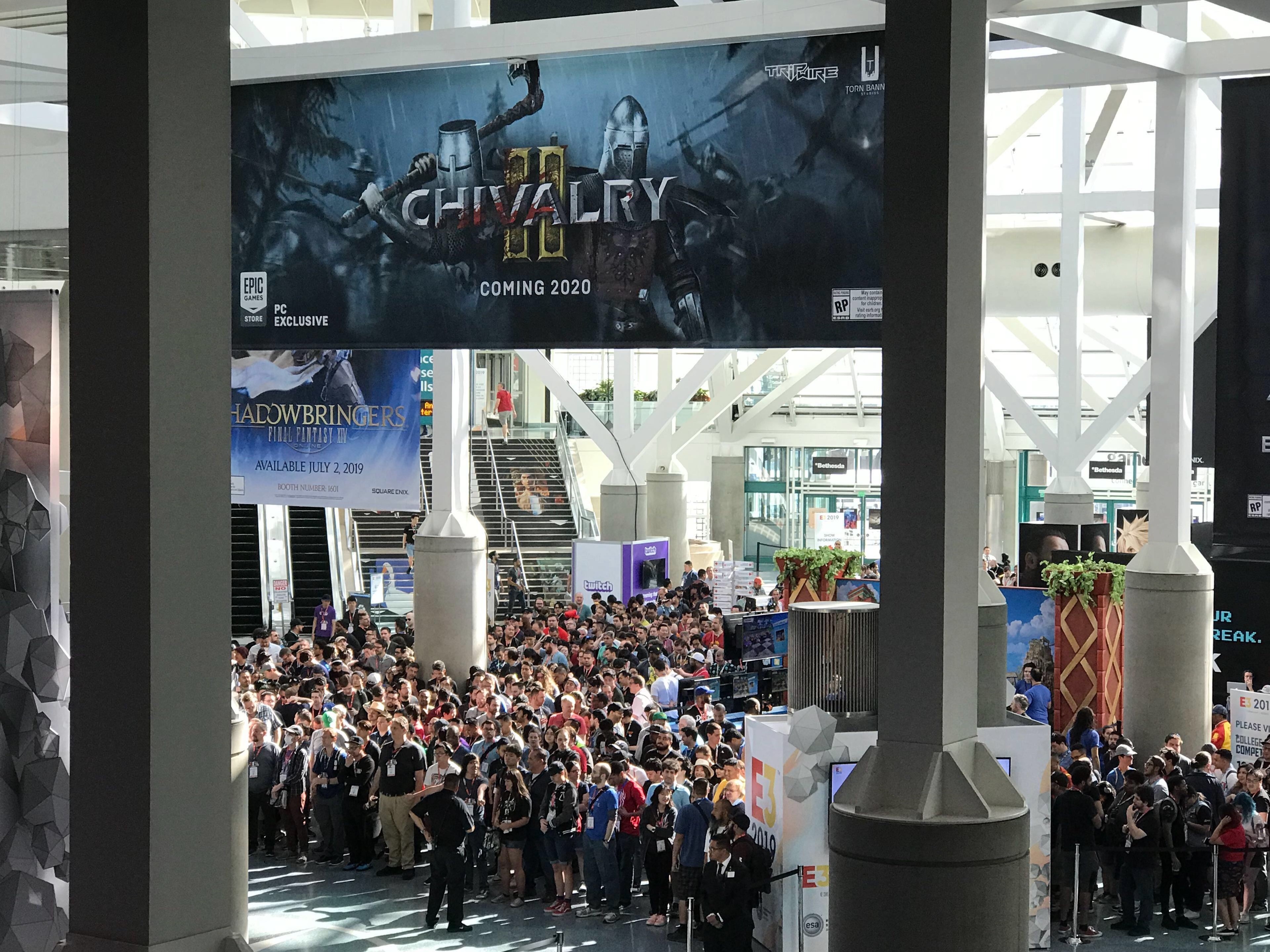 It has been an incredibly exciting and busy time for us here at Torn Banner Studios. On June 10th we announced Chivalry 2 during the PC Gaming Show at E3 2019. We are thrilled to finally be able to share and talk about what we have been working on with everyone. Since the announcement we’ve received a lot of comments and feedback. Today we’d like to take some time to summarize a few key bits of news as well as elaborate further on some details revealed about Chivalry 2.

For easier browsing, see each section below:

In addition to what is discussed below, be sure to read our FAQ for answers to many questions we’ve already received.

The most common response we’ve heard from the community is that people are excited to see the huge maps and scale we’re bringing to Chivalry 2 – straight out of key movie scene inspirations like the Battle of the Bastards or The Battle of Helm’s Deep. Team Objective mode is back and bigger/better than ever. That castle seen briefly in the announcement trailer? It’s the smallest castle in the game.

At the end of a Team Objective mode match we want you to feel like you’ve just gone through the best battle scenes of a high budget medieval movie. These are sprawling maps that tell a narrative in multiplayer by having the teams move through huge environments across multiple stages and changing objectives. In a single map you might be killing peasants, burning houses, smashing gates down with a battering ram and killing the king or nobles. Players will experience a fluid, cinematic experience, from the feeling of swinging a sword to riding into a village on horseback.

We know you guys are hungry for more information about Chivalry 2’s combat system. We want to assure that when we properly reveal the combat system, it will absolutely be worth the wait! The announcement trailer was meant as a tease to get people excited about the news of Chivalry 2 coming; there is so much more for us to share in the time before launch in 2020. We have redesigned the combat animation and movement systems from the ground up. A core focus has been ensuring that combat feels fast, fluid and looks like real sword fighting. As a 64 player game, it’s also a system built around being able to take on multiple foes; not just for dueling (though dueling is incredibly fun too).

Looking back on a nearly 7-year-old game, we agree with how much of the community views the faults of the first title. Attacks in Chivalry (2012) could feel at times a bit clunky and hard to read, not to mention the crazy ballet moves that players discovered were possible. We’re making sure that doesn’t happen again. Chivalry 2 has a brand new combat and animation system and our team has done everything that we can to make sure every action is physical, feels fair, and readable to the players. Even more exciting, there is also a massively enhanced moveset that will give veterans even more control over their weapons – we’ll have much more information in the coming months about the new tools at their disposal *cough*spearplant dropkicks*ahem*.

On top of more control and fluidity, the battle will also provide even more opportunities to die like a hero. You’ll be able to chop off limbs or be heavily wounded and still manage to continue fighting as you bleed out. Knock foes to the ground before going for the old “doubletap” dismemberment to make sure they never get up again. Chivalry 2 shares the traditional FPS mechanical foundation you’ve grown to know and love over the years, but at its core will be a vastly improved and more fluid player experience than anything people have fought with before.

The battlefield this time around will be littered with tons of props for players to grab and use. You’ll be able to grab a pitchfork or shovel, or a chicken, or a rock, anything you can find. It really adds a lot of variety to the gameplay because you’re constantly grabbing what’s around you and seeing what you can do, both humorously and competitively with your environment.

We also keep hearing from players – what’s the story? Are voice commands and character personalities back? We think fans of the Chivalry lore will be very excited for what we have in store in the story of continuing struggle between the Agatha Knights and the Mason Order – set 20 years after the events of the first game. If you don’t care and just want to crush heads, that’s fine too.

There will be lots of time for us to dive into the background to the battles you’re fighting. It’s important that players understand there’s a rich context for the battles they’re fighting, the fascinating (and often hilarious) characters that they’re shouting voice commands from, and that they’re not just waging meaningless wars as blank soldiers. And yes, voice commands and the full “Chivalry personality” are indeed returning in Chivalry 2, with thousands of new lines and new means of expression like animated emotes. We know we do this better than anyone and are excited to show the advancement of these aspects in a true sequel.

Since the first Chivalry, we’ve seen other titles come out to bring a multiplayer medieval experience to video games. We truly welcome competition amongst the melee genre. It’s always a great thing and inspires us all to be better – these are the kind of games we want to play! For the longest time, no one was making them at all.

While we respect what other studios are doing in the genre, we also think that what we’re working on is far more ambitious than what is currently out there for players to experience. Everything about Chivalry 2 is focused on delivering a true sequel; not just a moderate update but the next true evolution of the genre. We are looking forward to giving players a look at that over the coming months. From the ground up, Chivalry 2 is a complete re-imagining of how to deliver the ultimate medieval battle experience.

It is also very important to us to address community feedback about our decision to make Chivalry 2 an Epic Games Store exclusive for its first year. After one year, it will be available on other PC platforms like Steam. We know that some Chivalry fans aren’t happy about this, but we wanted to clarify why we have made this decision to assure you all that it’s the best possible outcome for Chivalry 2.

We would never have considered launching on the Epic Games Store if we thought the store we will launch on will be anything like the version it is today. That store simply must improve, and we believe it will.

We also have a lot of information that the public does not have both about future plans for the Epic store as well as unannounced plans for Chivalry 2. But the main things we wanted to emphasize are:

Thanks for all of the support so far. We genuinely believe Chivalry 2 will be the best medieval multiplayer game ever, and we’re going to do our best to make that a reality. 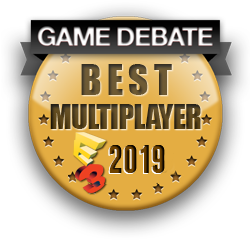 And thanks to Game Debate for naming us “Best Multiplayer at E3 2019”!

Prepare to return to the ultimate medieval battlefield. Torn Banner Studios are excited to announce Chivalry: Medieval Warfare 2, the […]