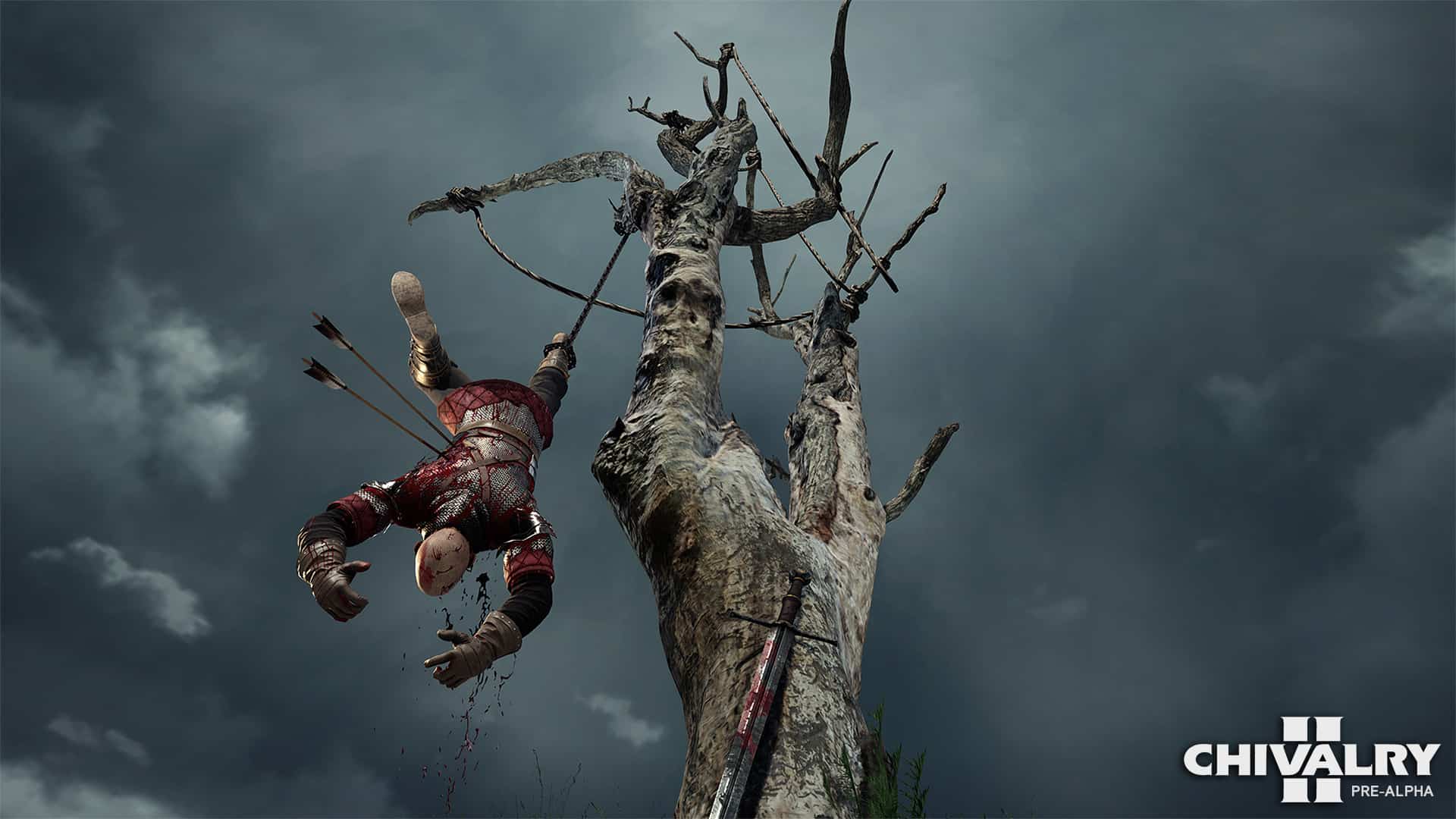 Good morrow, knights! Today we’re recapping all of the gifs, screenshots, voice lines, and more that we’ve shared across our various social media websites in case you’ve missed any of them. What are you most looking forward to seeing in our upcoming media shares? Let us know via our social media platforms below. 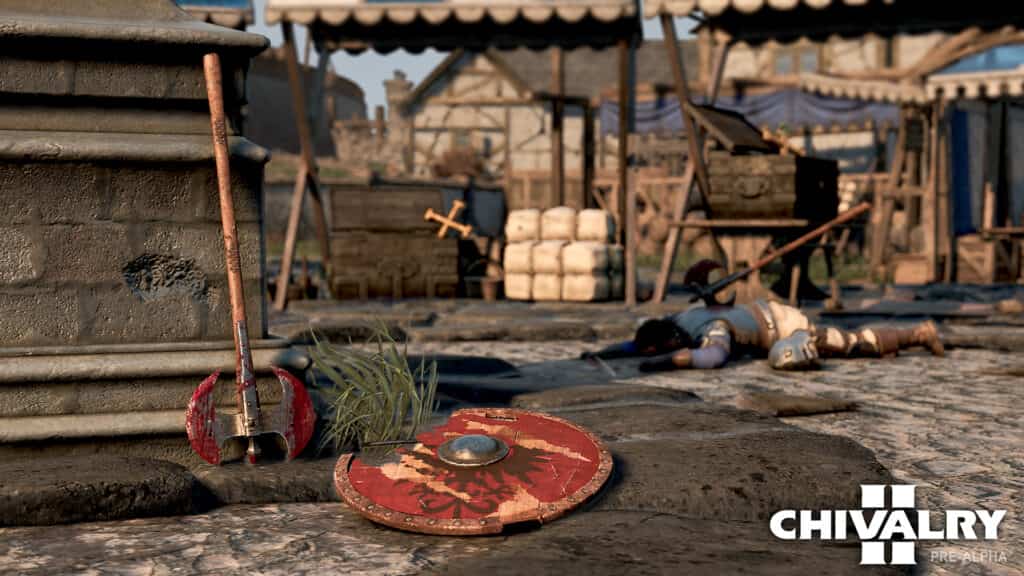 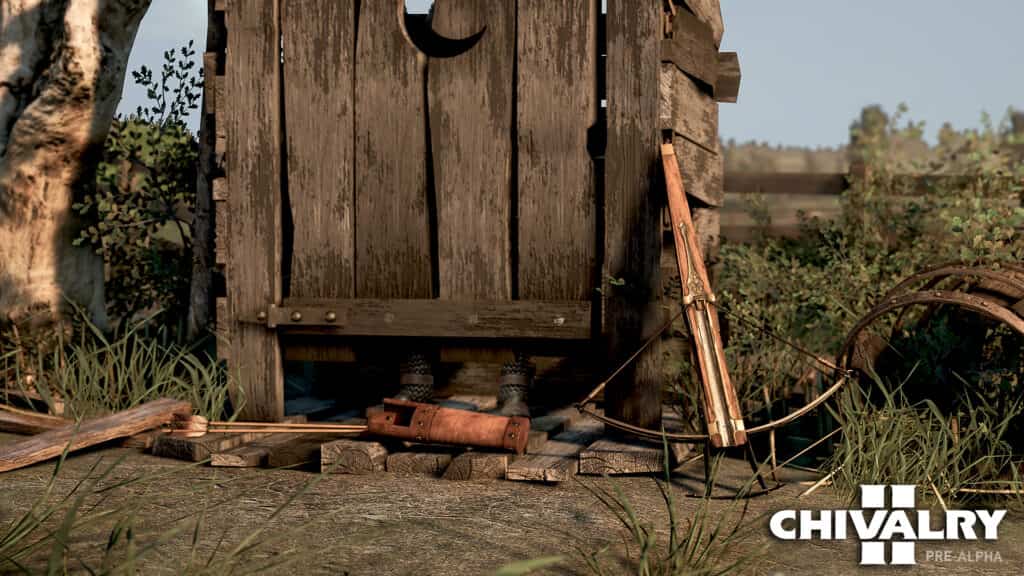 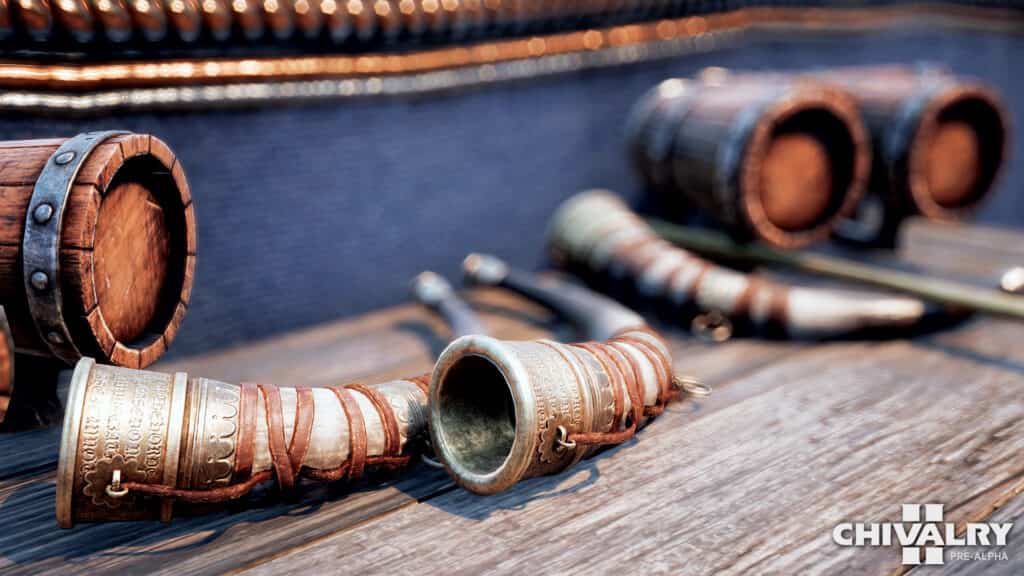 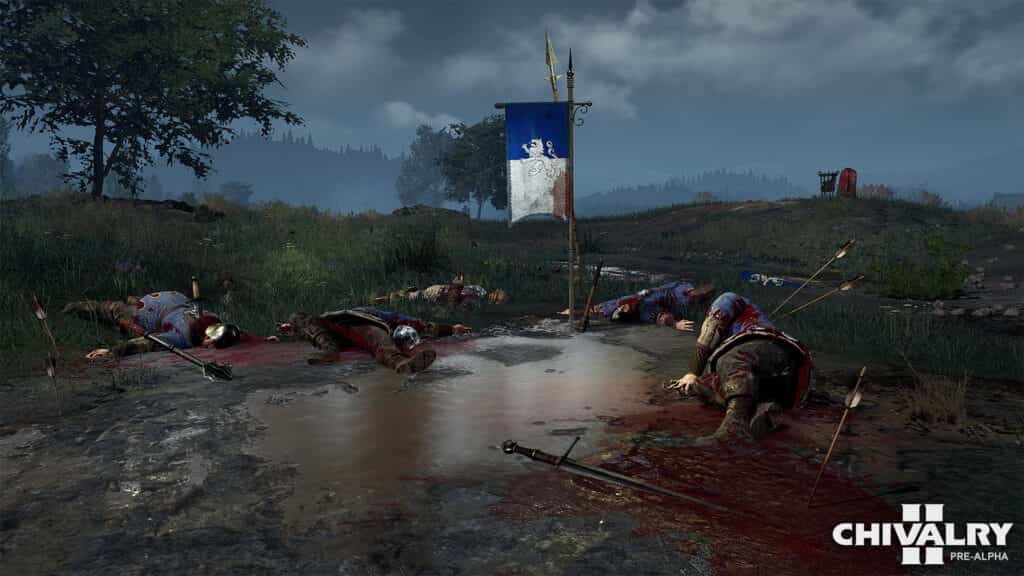 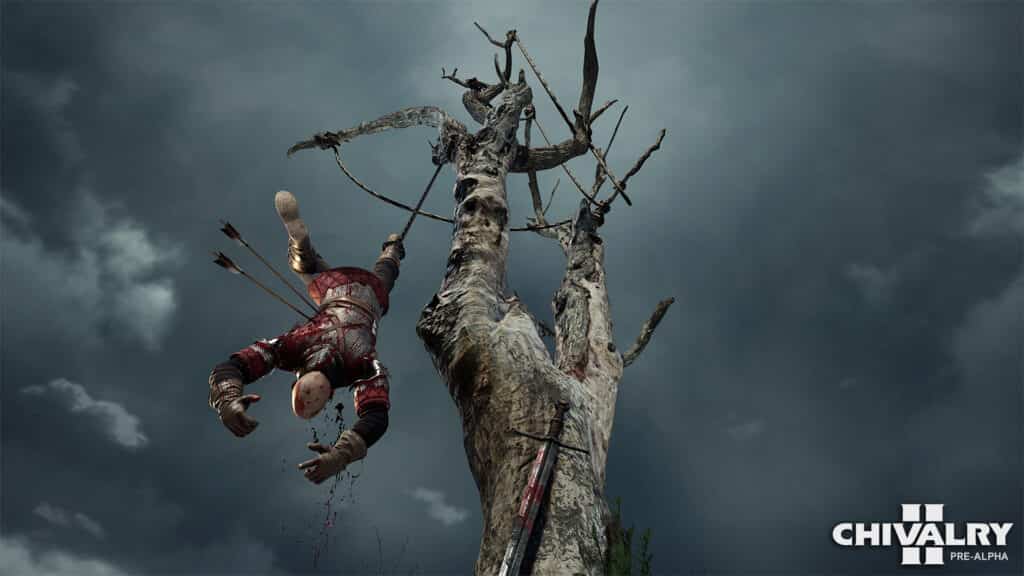 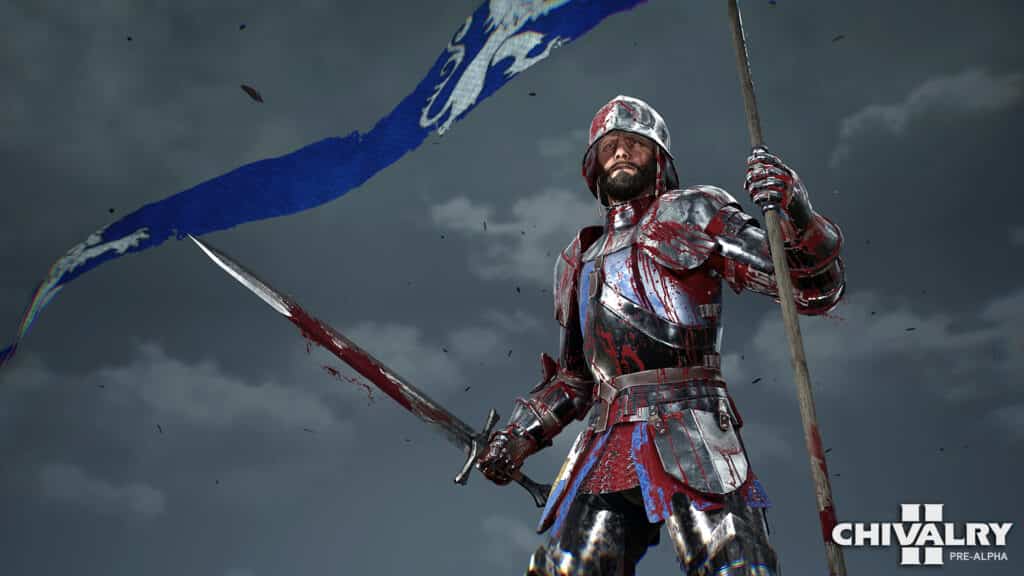 On Thursdays from 2-3 ET you can join us for our weekly developer question and answer sessions in our official Discord server. Here is a compilation of our past sessions.

Here are a few highlights from the links above:

Question: Should we expect a system based on classes that would be pretty much the same as the one used in Chivalry 1 ?
Answer: Chivalry 2 will feature a four-class system: Knight, Vanguard, Footman, and Archer. We find the four class system works well to support a variety of playstyles. These roles will have slight variations from the counterparts in Chivalry 1 however. We are hoping to have more unique roles for the classes this time around, but more on that later!

Q: If the 4 classes are meant to be distinct from one another, but you say that you can pick up weapons from dead players, how have you planned to make sure someone doesn’t just hoard a bunch of OP weapons that they wouldn’t be able to spawn with normally? Or is that not an issue you think will be problematic?
A: Players’ inventories are limited. You can only hold one primary weapon, one secondary, etc. so you can’t horde weapons. There are also differences between classes beyond just their loadout, and these won’t change when you pick up a new weapon, so the pickups may be less useful for you than they were for their original owner.

Q: How final are the animations?
A: Pre-alpha , we are focusing on getting them in better shape so we can show off more of the game. The game feel is there and very smooth during playtests but many of the visual blends between different possible gameplay states (there are a lot this time around!) are what make the animations look snappy or poppy at times currently

Q: Is there going to be proper lore?
A: Yes, for players interested in it. We’ve tried to really flush out the story-based conflict in Chivalry 2 and players can expect an exciting continuation of the story of Chivalry 1, set 20 years after the civil war. It’s important to the core experience that you feel like part of an army with an agenda and are in the middle of a war being waged between sides. In terms of fun stuff, there will be a proper video to explain the story setup, and lots more stuff too. If you don’t care about lore that’s also fine.

Q: I believe the new combat mechanics/moves are ways of skill expression meant to be good options in high skill play. How will you guys prevent them from becoming cheesy options that might get spammed as e.g. openers? will we see cooldowns or other restrictions?
A: The new combat moves are integrated into the freeform comboing system in ways that provide tradeoffs for players with every option. While there may be some spam protection (Stamina cost, can’t combo from the same move into same move etc.) for the most part the moves themselves are better or worse to use in different scenarios which prevents them from being cheesed.

Q: Will faces be customizable?
A: Yes, we have a bunch of premade faces but you can also customize them with scars, eye color, facial hair, tattoos, face paint, and dirt.

To stay up to date with everything we’re saying, read our FAQ or visit the blog for more information about our upcoming game.

It has been an incredibly exciting and busy time for us here at Torn Banner Studios. On June 10th we […]

Prepare to return to the ultimate medieval battlefield. Torn Banner Studios are excited to announce Chivalry: Medieval Warfare 2, the […]